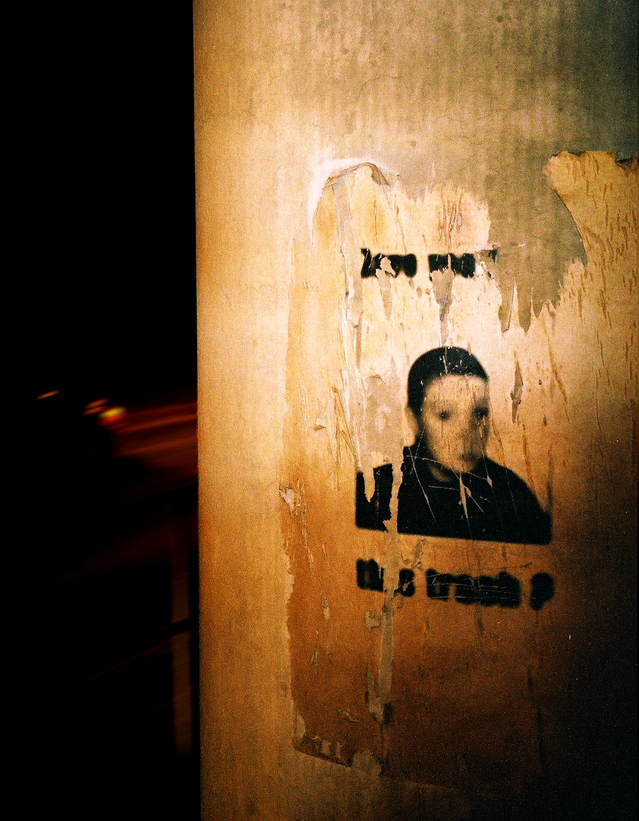 JACKSONVILLE — Gina DeJesus was one of three girls abducted and held victim for years by notorious Cleveland kidnapper Ariel Castro. He allowed his victims to watch television and, one night during her ordeal, DeJesus saw her mother, Nancy Ruiz, throw out the first pitch at a minor league baseball game. Nancy was on the mound to raise awareness for missing children, like her daughter, who had been missing since April 2, 2004.

Gina DeJesus wondered who the “big guy” was in the videos with her mother, the man catching the pitch at home plate and running the ball back out to Nancy and giving her a hug.

He was former minor league pitcher Dennis Bair, a 6-5 right-hander and the son of a steelworker and a Veterans Affairs caseworker from Pittsburgh. Bair created BairFind, which has signs in 151 affiliated minor league ballparks with pictures of missing and lost children. His goal is to have pictures of missing and lost children in every sporting venue in the USA.

“We were never going to quit looking for Gina,” Nancy Ruiz says in a phone interview. “He (Bair) said, ‘Don’t quit, never accept a ‘no’ from anybody.’ It’s a terrific organization.”

She pauses and says, “I just want to cry. He did what he said he was going to do.”

On May 6, 2013, one of the three women held captive by Castro got the attention of neighbors through a door of the house where they were being held in the Tremont section of Cleveland. Police rescued the women. Castro was arrested, tried and sentenced to life in prison plus 1,000 years. A month into his sentence, he committed suicide.

Gina DeJesus said later that seeing her mother on television with Bair gave her hope and that her family had not forgotten her.

The stories of DeJesus and Bair mesh perfectly. It took three shoulder surgeries and two independent league stints for Bair to finally give up playing baseball. Nancy and her husband, Felix DeJesus, meanwhile, were just as dogged in looking for their daughter.

“It is sports marketing — we are leveraging the power of sports,” Bair says of BairFind. “Minor league baseball has been our proving ground. We’re doing something the families cannot do for themselves, which is to get pictures of their missing children out there to millions.”

On June 12, Bair received a letter from Silvia Johns of the National Center for Missing & Exploited Children that said since 2010, BairFind has featured 2,116 children on its signs. Of those 2,116, 1,048 have been recovered, or nearly a .500 average.

On July 2, Bair received a letter from Class A Midwest League President Dick Nussbaum that said 41 children who had been advertised as missing in cities with Midwest League teams had been found. Nussbaum directly credited BairFind.

“These missing kids are among us, and maybe it is looking for a needle in a haystack,” Bair says. “But when we get a picture out there and someone looks at it, we have taken one piece of hay off the stack.

Bair, 42, was drafted in the eighth round in 1995 by the Chicago Cubs. He pitched at Division I Northeast Louisiana (now Louisiana-Monroe) and was in the same draft class as Kerry Wood. For a couple of seasons, “Denny” Bair thrived. His 1.55 ERA in 1995 earned him “Best Pro Debut” in the Cubs system. In 1996, Bair led the high Class A Florida State League in starts and innings pitched, and he was second in strikeouts in the Cubs farm system to Wood.

In spring training 1997, Bair tore a labrum in his right shoulder and needed surgery. He rehabbed but needed a second surgery in spring 1998. Bair kept rehabilitating and then started pitching in independent leagues in 1999 after his release from the Cubs.

Bair earned an invitation to the Cincinnati Reds spring training camp in 2001 but then needed a third shoulder surgery. Still, he worked his way back through another rehab and got a look from the Arizona Diamondbacks in 2002.

Bair officially retired in 2003 when he faced a fourth shoulder surgery. The relentlessness he showed in his baseball career is a hallmark of BairFind. If families of missing children become filled with despair and hopelessness, Bair rallies them with stories of children who have been found after 10 to 11 years.

Bair got the idea for BairFind when he was at home in Pittsburgh in 1997 and watched a television documentary of a family whose 13-year-old daughter had gone missing at a Pearl Jam concert. The parents were handing out fliers with a picture of their daughter. Down the street was a trash can. People would glance at the picture and then toss the flier. The camera crew took a picture of the trash can full of fliers.

Bair said the documentary told the story of how the father and mother spent their savings and lost their jobs and their home looking for their daughter.

He couldn’t forget it because of his upbringing. Jeanne Bair, Dennis’ mother, is Jewish. Dennis was schooled at an early age in the lessons of the Holocaust and the tales of survival among Adolf Hitler’s victims. Their stories of making a life for themselves after such horrific experiences stuck with Bair.

His father, also named Dennis, was a laid-off steelworker who eventually regained his job in the steel mill and is now retired. His grandfather, Fritz, also worked in the steel mills. Their lives are about sports, hope and resiliency.

“As Jews, we know that no matter how bad things get, that if these people can survive the Holocaust and continue on, a few shoulder surgeries are nothing,” Bair says. “My dad and all his brothers and my grandfather and all his brothers were steelworkers. You get up every morning and go to work. It’s not easy and not a choice.

“So I told myself, ‘These signs of missing kids need to be in ballparks.’ It was not a choice. Somebody had to do this, and that somebody was me.”

While he made his way through the minors, Bair saw the allure, power and prestige of the professional athlete and how those qualities might be used to help find children.

“We as ballplayers had some influence over people. That’s important to what we are doing today.”

After he watched the documentary on the parents whose child disappeared at the concert, Bair was rummaging through his room at his parents’ house and found an autographed picture of his hero, former Pittsburgh Steelers running back Rocky Bleier. It was autographed. No one would throw this picture away with an autograph, Bair thought.

It spurred his first big idea for BairFind.

He started approaching minor league teams asking if he could put a picture of a missing child from their area on the official team photograph. The short-season Erie SeaWolves agreed. In the picture, top row, is future Cy Young Award winner Justin Verlander.

The missing child featured in the team picture was Tanya Kach. She had been kidnapped by a security guard at her middle school when she was 14. Bair featured her in other ballparks and included the search for her in Pittsburgh-area newspapers when he talked about his fledgling organization.

Bleier, meanwhile, is now vice chairman of BairFind and a member of the board of directors.

AMI Graphics of New Hampshire, which does signage throughout baseball, provides the signs at cost for BairFind.

“With the team poster, we were only in the stadium one night a year featuring one kid,” Bair says. “The wooden A-frame sign gives us a presence in the stadium every night all season long, and it allows us to feature eight kids per stadium.”

He says that means more 1,000 kids are featured every night during the season.

The Fort Wayne (Ind.) Mad Ants of the NBA G League (formerly NBA developmental league) have signed on as a partner. Bair wants NBA, NFL and NHL teams to get involved, too. BairFind, now based in Jacksonville, is the evolution from the milk carton campaign of the 1970s and ’80s that featured the pictures of missing children.

“I found myself out of baseball and broke, so I had to build this program without money,” Bair says. “That’s why it has taken me so long. Had I not gotten injured, this program would have been in place nationwide since 1998.”

Bair pays his bills by working nights and weekends training young pitching prospects. He still drives his 2005 Toyota Tacoma, a rusted pickup he bought after he retired. It has 220,000 miles on it.

“I still live like I did in A-ball, lots of peanut butter-and-jelly sandwiches, and many years of living in motels and sleeping in batting cages,” he says.

At the Baseball Grounds of Jacksonville, home of the Class AA Jumbo Shrimp, the A-frame sign is on the concourse behind home plate. One of the pictures of missing children is Mark Degner, who was last seen leaving his school in February 2005. He was 12.

“One of the hardest things is keeping his picture out in public,” said Angie Campbell, Mark’s aunt. “BairFind makes it easier. His picture is out there for millions to see.”

Of the 30 organizations in Major League Baseball, 21 have their entire system of minor league teams participating with BairFind.

“This is something these kids and these families cannot do for themselves,” Bair said. “It is time-consuming, it is expensive, but they don’t have to pay a dime.

“This is my calling from God. These kids are among us, and we need to find them.”