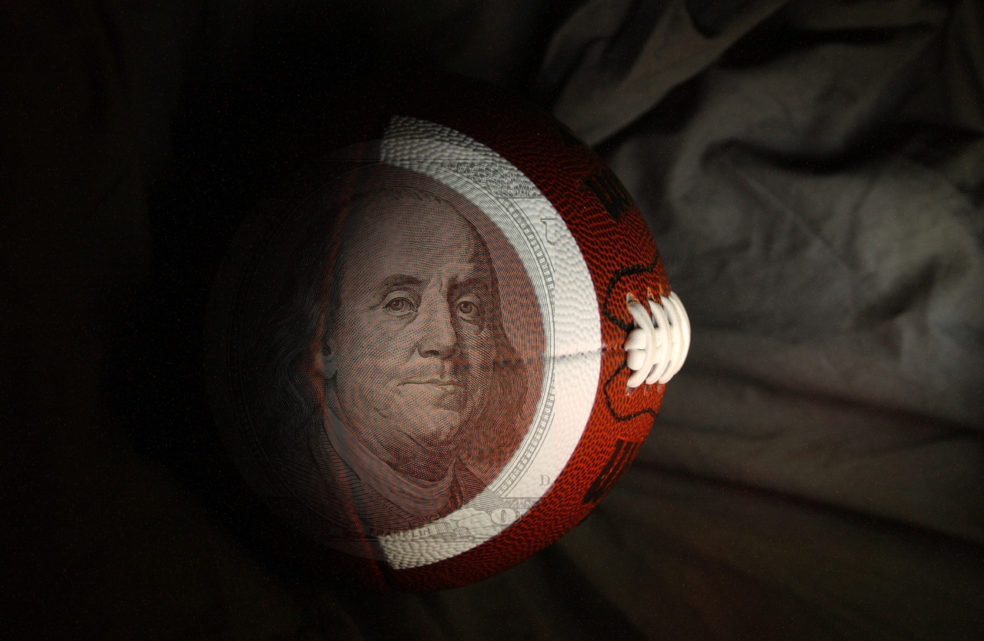 CLEMSON, S.C. — Clemson safety Van Smith drives a BMW, but the car is long past its days as a ride of luxury. It is a 1999 sedan with 300,000 miles on its odometer. Like many college students, Smith holds his breath every time he turns the key in the ignition — hoping the car starts. One day in November, it didn’t.

“The starter went out in the middle of campus,” Smith said. “It cost $400. I had to get it towed up the street. Not cheap.

Smith was referring to the $388 monthly stipend that Clemson players receive during the academic year. The payments, approved by the so-called Power 5 conferences in 2015, were created to supplement players’ athletic scholarships to meet what is known as the full cost of attendance. They vary, sometimes widely, from college to college, but they are paid to almost every player in major college football, including the ones from Clemson University and the University of Alabama who will play for the national championship on Monday.

The stipends, which are meant to cover costs not included in a traditional athletic scholarship, have been allowed since before last season. The move came after the so-called Power 5 conferences, acting with the autonomy newly granted them by the N.C.A.A., voted to enlarge the grant-in-aid given to scholarship athletes to include the full cost of attendance. That figure is the more expansive measurement that every college already calculates, and it encompasses expenses like rent, cellphone bills and trips home.

The decision to introduce the stipends after years of objections from the N.C.A.A. came in response to outside pressure — from essays to lawsuits — criticizing colleges for not sharing more of the money they earned off their athletes. But it also came because of the continually rising amount of cash produced by innovations like the College Football Playoff itself, which is currently in the third year of a 12-year, $7.3 billion deal with ESPN. (That contract allowed the playoff to return $425 million to the 20 Football Bowl Division conferences and the few remaining independents in 2015-16, money they added to the hundreds of millions of dollars they already divide up every year for the television rights to their regular-season games.)

How the players use the stipend money is up to them. Before his car repair, Smith used part of his to cover the $100 fee his younger brother needed to play football at his high school. Tigers right guard Tyrone Crowder said he decided to spend some of his on a pet but, unable to keep a cat or dog where he lives, he bought a fish tank instead. “Fish are relatively cheap,” he said.

University of Washington defensive tackle Greg Gaines uses his stipend to keep his 2002 Mercury Mountaineer running. His teammate Chico McClatcher, like several other players interviewed over the past month, said he saved his stipend to pay for Christmas presents. Huskies running back Myles Gaskin and right tackle Kaleb McGary said they liked the feeling of having a little cash on hand to give to someone living on the streets in Seattle, a city with a significant homeless population.

“The stipend,” McGary said, “means I might have a few extra dollars and I can run in the store and buy bread and some peanut butter and jelly for somebody on the street.”

Clemson linebacker Dorian O’Daniel ticked off expenses not covered by his athletic scholarship. Car repair bills, gas and groceries were all on the list. The new stipend, he said, means he does not have to call home and ask for money to solve every inconvenience.

“It’s not enough,” O’Daniel said. “I know, beggars can’t be choosers, but it’s still not enough. But I’m thankful for what I get.”

Clemson defensive end Clelin Ferrell, the defensive most valuable player in the Tigers’ 31-0 victory over Ohio State in the Playoff semifinals on Saturday, has his stipend check sent to his mother, Faye, a veteran of the first Iraq war, who lives in Richmond, Va.

“My mom was, ‘Are you sure you want this sent to me?’ ” said Ferrell, whose father died when he was 13. “And I was like, ‘Yeah, Mom.’ Money is not a big thing with me. I will tell her how much money I need from that check, and she will send some back.”

For some players, the stipend takes care of rent and food, and that’s it. At Washington, freshmen receive $300 a month because they are required to live in a dorm. Older players who choose to live off campus are eligible to receive $1,600 a month to cover rent, groceries and utilities.

“My roommate and I pay $2,000 a month for an apartment,” McGary said. “I’m paying the extra for sleep, so I can be close to class and don’t have to go as far as these guys who live 15 minutes away in a cheaper place.”

Gaskin, the Huskies running back, said: “The stipend money is not enough, if you really look into it. It is definitely under the poverty line in Seattle, because of the rents in Seattle. It hurts your pockets to live close to campus because of the rent, so the money forces you to make a whole lot of decisions. You have to be smart with your money.”

“I love the University of Washington,” Qualls said, “but I would like to wear something without a W on it. Something that is not purple.”

Some of Qualls’s check covers the expenses of his dog, a Husky named Storm. When he was in Atlanta for a week to play Alaba

ma in a Playoff semifinal, the extra money came in handy: It allowed him to pay friends to take care of Storm while he was away.

When the full-cost-of-attendance stipends were approved two years ago, there was worry among some college administrators that athletes would waste the money on frivolous purchases. But Georgia running back Nick Chubb said he saves his money every month, and his teammate Jeb Blazevich said he was surprised to learn how many Bulldogs send the money home to their families as soon as they receive it.

“That blew me away,” said Blazevich, a tight end from Charlotte, N.C. “That’s the thing that got me to love this team so well, just seeing these guys’ heart and sending the stipend home. These guys are good guys, and they want to do well by their family.”

He added: “People can be changed by money, but these guys are helping their mom out with a phone bill, or making a car payment. Wow.”

A version of this article appears in print on January 6, 2017, on Page B7 of the New York edition with the headline: Every Extra Penny Counts.