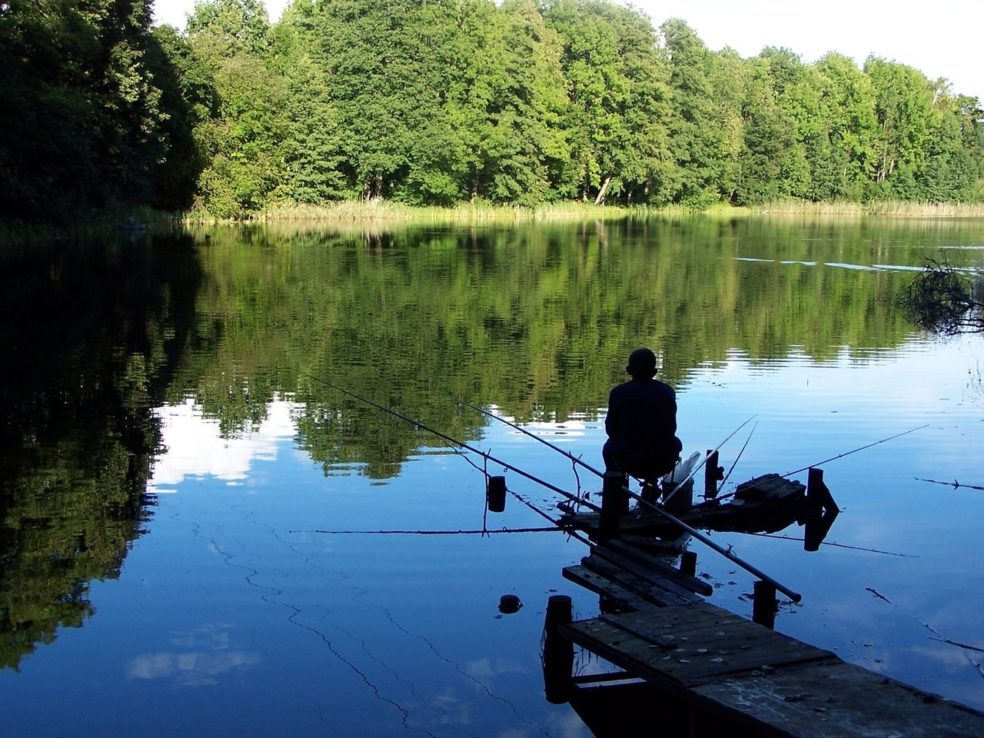 COLUMBIANA, Ala., Feb. 21 — Shigeru Tsukiyama can flick his wrist and cast a lure 20 feet to a spot precisely where he wants it to land, which is in the middle of four stumps sticking out of the water.

He can snip a lure from the end of his fishing line and tie on another bait in only 14 seconds. He can expertly comb a cove for bass using only a foot pedal to a trolling motor while alternating among nine rods spread across the deck of a $50,000 Triton bass boat.

But on his only practice day for the Bassmaster Classic on Wednesday, Tsukiyama’s solid fundamentals did not seem to help him; he had trouble finding the bass in the chilly waters of Lay Lake near Birmingham. He has come 7,500 miles from Tokyo for this prestigious tournament, but after eight hours on the water Wednesday, he had caught only two bass.

“Very difficult today,” he said with a smile. “It’s O.K. I learned many things. I learned the bad spots.”

Tsukiyama’s poise may be surprising because, for a bass fisherman, the Bassmaster Classic can be a once-in-a-lifetime experience — especially for an angler like Tsukiyama, 42, who qualified through a series of amateur tournaments. The three-day event, which starts here Friday, pays $500,000 to the winner, and victory can set up the winner for several years of lucrative endorsements.

Tsukiyama’s calm is easier to understand when it is considered that he does not have a typical 9-to-5 job: He is a Buddhist priest and caretaker of a congregation of approximately 400 members at a 1,200-year-old temple in Tokyo. He drives a busload of kindergartners to school at the temple each morning and serves as the soccer coach.

“Sometimes angry, sometimes Buddha,” he said in English when asked through an interpreter if his religion helped him when he was having disappointing fishing days.

“Arigato,” he said, thanking the fish as he placed it gently back in the water.

For the rest of the day, however, he struggled with his game plan. He has spent several days making notations on a map of the 12,000-acre lake, and he stalked fish in his favorite spots, near structures like stumps or rock piles, without much luck.

Tsukiyama prefers jerk bait, a lipped, minnow-shaped plug that is reeled in with a jerking motion of the rod. But too often he had to say, “Move,” jumping behind the wheel of the boat and streaking off at 60 miles an hour to the next spot marked on his map.

A lunch packed for Tsukiyama stayed stowed away and untouched because there was no time to eat. In eight hours, he drank only a half-bottle of Gatorade. He drove from one spot to another on the lake clutching a map and steering wheel with two hands.

“I need many more times practice,” Tsukiyama said. There was a session before the tournament for Bassmaster Classic contenders Feb. 13-15, but Tsukiyama said his duties at the temple kept him from flying to the United States sooner.

Before noon, he hooked a fish that had some weight to it, but when Tsukiyama pulled it from the water his eyes were wide with surprise.

“What this?” he said, holding up a fish more round than long and with bronze and red markings on its underside.

“It’s a drum fish, a gunky fish,” called a driver from another boat, scornful of the catch.

In Japan, there are some who regard bass as scornfully as the drum fish found in the Alabama waters. Bass were introduced into lakes in Japan in 1925 by a businessman who took them back from the United States. The aggressive interlopers quickly multiplied and preyed on native Japanese fish.

“There are lakes in Japan where there is no catch-and-release with bass,” said Takahiro Omari, who won the 2004 Bassmaster Classic, and whose autograph in Japan is as cherished as a major league baseball star’s signature in the United States. “You catch the bass and you have to take them out. There is a controversy.”

When he fishes in Japan, Tsukiyama does not usually take his family. He has four children, and his two sons, 13 and 10, decided to stick to baseball after becoming seasick on a fishing trip.

Still, they have plenty of opportunity to follow their father’s fishing exploits. Japan has become the second-largest market in the world for bass fishing behind the United States, and there are four magazines there devoted exclusively to bass. Tsukiyama submits articles for one of them.

Tsukiyama will file a diary for editors on his Bassmaster experience this week. Even if his slump continues and he does not get many fish, there will be plenty to write about, considering how big the stage is for this tournament.

“Just wait until he has a TV helicopter hovering overhead as he fishes,” said Lee Bailey, of Boaz, Ala., who is in his third Bassmaster. “There is hype and hoopla he will have to deal with being here for the first time.”

ESPN2 will have 11 ½ hours of coverage Saturday and Sunday morning, and some of it will be fed to Asia. A national network from Japan has sent a television crew to report on the tournament.

Tsukiyama has two days, Friday and Saturday, to make an impression. The 50-man field is cut to 25 for the final day Sunday.

Asked if he was nervous, Tsukiyama said through an interpreter that he was a little apprehensive and that he would sleep two or three hours each night.

Even after a tough day on the water Wednesday, he remained sharp. Asked if he thought he could win the tournament, Tsukiyama said, “Only Buddha knows.”