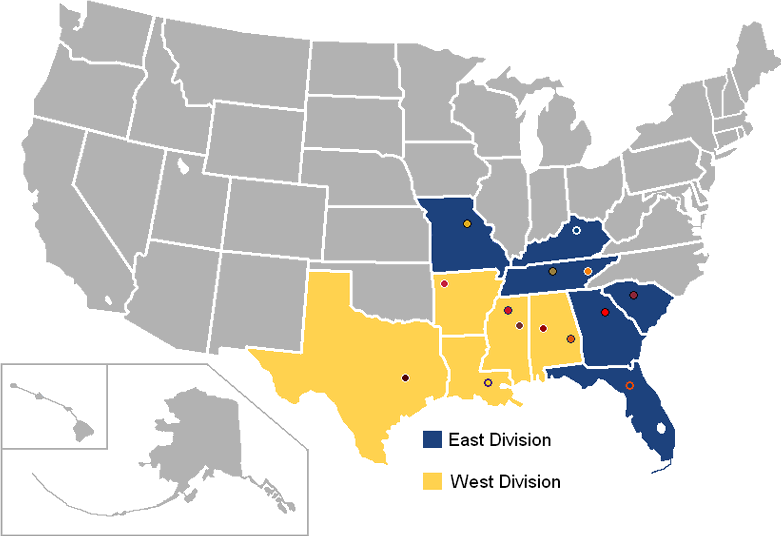 I heard someone say the Southeastern Conference has the best collection of quarterbacks it has had in 10 years.

Wait until the SEC defenses get hold of these QBs. The shine will come off pretty quickly. This crop might not look so special in three or four weeks.

There is not safe spot on the field for quarterbacks against the Baddest Men on The Planet. That’s what an Auburn offensive lineman called SEC defensive linemen in 2011 as I wrote my SEC book “How The SEC Became Goliath.” The marauders on defense in the SEC have no mercy on quarterbacks.

That’s why you will look around the SEC and never, ever see the phrase Quarterback U. The quarterback doesn’t shine very long in this conference.

The fierce defenses of the SEC, filled with NFL prospects the last 15 years, have become nearly permanent obstacles to stardom for SEC quarterbacks. There has been Florida’s Tim Tebow, Auburn’s Cam Newton and Texas A&M’s Johnny Manziel, each who won the Heisman Trophy, and Alabama’s Jake Coker and AJ McCarron, who had their shine moments, but for the most part the films for SEC QBs have been disposable the last 10 years.

So hold your hosannas for this current crop. SEC defenses are just getting warmed up.

Newton, Peyton Manning, Eli Manning, and Jay Cutler are the only SEC quarterbacks in the last 20 years who have amounted to anything in the NFL. One of the reasons you can count these guys on one hand is that high school quarterbacks of any merit ___and common sense___head for safer territory, like the ACC, Big 12, or Big Ten. The SEC is no place to play pitch and catch and build stats.

I still remember sitting in an SEC press box last year during the regular season and telling a colleague Alabama needed to make a change at quarterback; Hurts was not the guy that was going to lead the Crimson Tide to a championship. He scoffed because, at that point, Hurts was 24-1 as a starter.

Ray Glier has worked for newspapers and various media for 44 years. He’s been a contributor to national publications such as The New York Times, Vice Sports, USA TODAY, The Miami Herald, The Boston Globe, Atlanta-Journal Constitution, The Washington Post, Youth TODAY, and Ozy, among many others. Glier has written five books. His latest book 4th and Goal Every Day (2017) was co-authored with Phil Savage, one of the most brilliant scouts in football. It is Phil’s inside look at the culture of the University of Alabama football program under Nick Saban. Glier’s book How the SEC Became Goliath (2012) is the inside story of how the Southeastern Conference came to be the most dominant conference in college football.