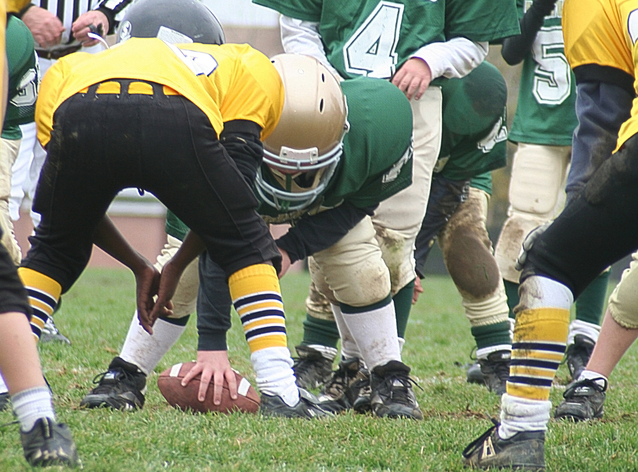 MONTEZUMA, Ga. — In a crowded gymnasium at Macon County High School on Feb. 4, Roquan Smith, one of the top high school linebackers in the country, picked up a U.C.L.A. hat and put it on his head, signaling his intention to play for the Bruins.

Smith, however, did not pick up a pen and sign a national letter of intent, which would have made his decision a binding agreement, according to N.C.A.A. rules.

His decision not to sign has created a national debate about recruiting and could possibly lead to even more leverage for young athletes, who earned a series of new allowances last month when the five largest conferences approved new rules to guarantee scholarships for four years while also mandating they cover more than tuition, room and board. Smith said he woke up that February morning, known as national signing day, still undecided between U.C.L.A. and the University of Georgia. He went through with the signing-day ceremony, he said, because the event had been planned and many people from town were showing up for the celebration.

Larry Harold, his high school coach, told Smith not to sign the letter of intent until he was sure. Harold looked closer at the document and noticed that Smith did not have to sign it to receive an athletic scholarship. Harold and Smith went to lunch with Smith’s parents to talk more about the decision. While they were there, Georgia coaches sent Smith a text message that read “HIGH HIGH ALERT” and included screen shots of a report that Jeff Ulbrich, the U.C.L.A. linebackers coach, who had recruited Smith for three years, was being offered a job with the Atlanta Falcons of the N.F.L.

U.C.L.A. called Harold throughout the day asking him to fax Smith’s signed letter, but he refused. Ulbrich, who three years ago was the first college coach to offer Smith a scholarship and took his young daughter with him on a recruiting trip here, was the main reason Smith had selected U.C.L.A.

“I wasn’t feeling real good about where I was going; then I found out about him leaving,” Smith said. “He’s a great guy, love him still. No hard feelings. He has to do what is best for him and his family.”

He continued: “Stuff happens; things come up in recruiting. So I think the rule should be changed to protect some kids.”

Susan Peal, the N.C.A.A.’s director of the national letter of intent, or N.L.I., said athletes could ask for a release through the university’s athletic director if they want out of the agreement. She said 96 to 98 percent of the athletes who asked for a release were granted one. Peal said that there were approximately 42,000 athletes who signed letters each year in all sports and that typically only 2 percent asked to get out of them.

If an athlete signs the letter and is not granted a release, he or she can go to another school and be on scholarship and practice, but the athlete cannot compete for one year, leaving three years of eligibility.

On Friday morning, Smith signed scholarship papers with the University of Georgia and faxed them off. He never did sign a national letter of intent.

“If the coach that personally recruits you suddenly leaves a school right after the player signs, the N.L.I. should be void; that should be a rule,” said Tom Lemming, a recruiting analyst for 37 years who has a weekly recruiting show on the CBS Sports Network. “It is a betrayal. It is a lack of integrity by the school.”

A spokesman for the Falcons said Ulbrich declined to comment.

Mike Weber, a running back from Detroit, signed with Ohio State and found out hours later that the coach who had recruited him, Stan Drayton, had taken a job with the Chicago Bears. Weber posted a message on Twitter saying he was hurt.

Du’Vonta Lampkin was going to sign with Texas after he had received assurances from Coach Charlie Strong that the defensive line coach Chris Rumph was not leaving for the Florida. Rumpf was hired by Florida after signing day. Lampkin said on Twitter, “I guess I was lied to in my face.”

Todd Wofford, the football coach at Central Gwinnett High School in Lawrenceville, Ga., said recruits had never really seen the letter as voluntary and that was why many signed.

But Wofford added that only top players had the leverage to decline to sign the letter of intent.

“Schools will save a space for the top-, top-tier guys,” Wofford said. “The others are rolling the dice that the school just doesn’t find another player to take the spot. It could be a wave, and it could backfire on others.”

Wofford said regardless of where players ended up, the pressure to win meant there was going to be high turnover among college coaching staffs. That is why athletes and their parents are always encouraged to make a decision because of the university, and not the coach.

But Smith was not buying into that notion.

Antwuan Jackson, a 6-foot-3-inch, 285-pound defensive tackle from Cedar Grove High School in Ellenwood, Ga., has 26 offers from Division I programs, including Georgia, Auburn, Florida State, Alabama, Oregon and U.C.L.A. He is member of the class of 2016.

“Love the school, not the coach,” Jackson said. “I am a coachable player for any coach.”

Ty Darlington, a center for Oklahoma’s football team, is one of 15 student-athlete representatives who vote in the new autonomy structure adopted by the so-called Big 5 conferences. He said coaches’ abruptly leaving was an issue for athletes.

“We just went through it here, our D-line coach left for the Packers right after signing day,” Darlington said. “It is an issue to be addressed.”

He added: “You shouldn’t have to sit out a year. Being from Florida and going to Oklahoma to school, I can see where parents say to a coach: ‘You are in control of my child. I know you.’ And then the coach is gone.”

A version of this article appears in print on Feb. 15, 2015, on Page SP5 of the New York edition with the headline: High School Recruits Think Twice About Signing Letters of Intent.