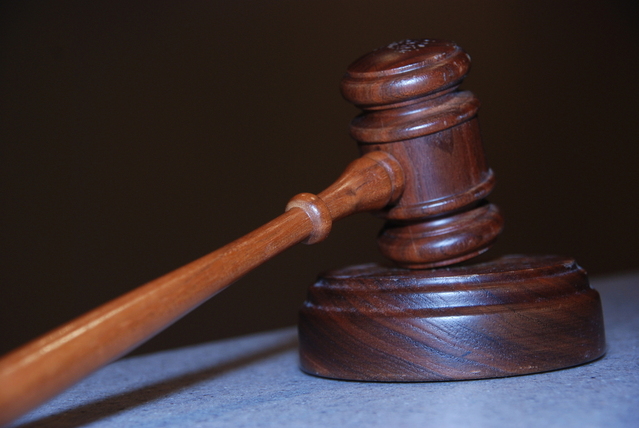 By Ray Glier – for GSU School of Law Magazine

The reconnaissance that goes into picking a jury is a combination of art and science, and it takes time. It is studying demographics, but it is also studying body language and nonverbal hints from a prospective juror.

It is turning over a rock to see what is on the other side.

It is not as if a prospective juror is hiding something, but you are asking them questions they probably have never asked themselves in the mirror.

When trial attorneys are too wrapped up in motions and depositions and witness interviews, they hire Denise de La Rue (B.S. ’87, J.D. ’95) as a jury consultant to turn over those rocks and get a closer look.

“The strategy is trying to figure out who these people are and what they bring with them to the table,” de La Rue said. “It is getting the folks to talk and not just give the answers they should give, or what you want to hear.”

She will advise lawyers, strongly, not to lead jurors where the lawyer wants them to go.

“A lot of lawyers, in an antiquated way, try to indoctrinate jurors. They will ask questions seeking agreement, getting their theory out there,” she said. “Those don’t get you anywhere. They just conducted a pep rally and did not accomplish anything.”

De La Rue is adamant that she is a consultant and is not going to demand that attorneys dismiss this juror or that one.

That is the jackpot, of course: uncovering the prospective jurors’ bias.

De La Rue never gets the whole truth from prospective jurors on their biases, but she gets as close to the truth as she can.

Bias is deep-seated, but de La Rue, who has a psychology degree from Georgia State, cannot wheel in 40 couches for jurors to lie down on for a session of free association. There is no time for that, but she has some solid methods for uncovering bias.

“If a juror makes a statement that causes you to wonder what they mean, or what’s behind it, ask them, and it will lead to gold. If you want to know what jurors really think and feel, just ask them,” de La Rue said.

“We are not our demographic. We are much more than that, and that’s where the bias lies. That’s what we need to get to that is going to give you evidence on how they make decisions.”

De La Rue worked on the case of Ted Kaczynski, the Unabomber who was convicted in 1998 for killing three people and sentenced to four life sentences — he pled guilty after the jury was chosen. Jury prospects were asked if they had seen movies about the death penalty. The movie Dead Man Walking was mentioned. Susan Sarandon played the part of Sister Helen Prejean, who was working to spare the life of a convict.

“That nun was a real creep,” a prospective juror told de La Rue.

Bias is not a four-letter word to de La Rue. It is the essence of her job.

“The key words are ‘entitled to fair and impartial jury,’ and we try to weed out some of the ‘partial’ and try to get folks to assess themselves,” she said. “It doesn’t mean you are not a fair person; you just bring some things to the table that mean you are not the most unbiased in this particular case. We’re all biased. We would be robots if we weren’t biased.”

Bias does not go sit on the sidelines on its own. De La Rue has to put it there.

“Judges will say, ‘Can you put that aside?’ and I wonder, ‘Heck where does it go? Put it aside where?’ Let that person go to a different case where that bias won’t come into play.”

The role of a lifetime

De La Rue was an actress 25 years ago when she went to the National Criminal Defense College at Mercer University in Macon to help young lawyers learn how to cross-examine witnesses. She did so well with that role that she was called back to the college to help with seminars.

Soon, she was volunteering for public defenders to help prepare cases. Before she knew it, de La Rue was in law school.